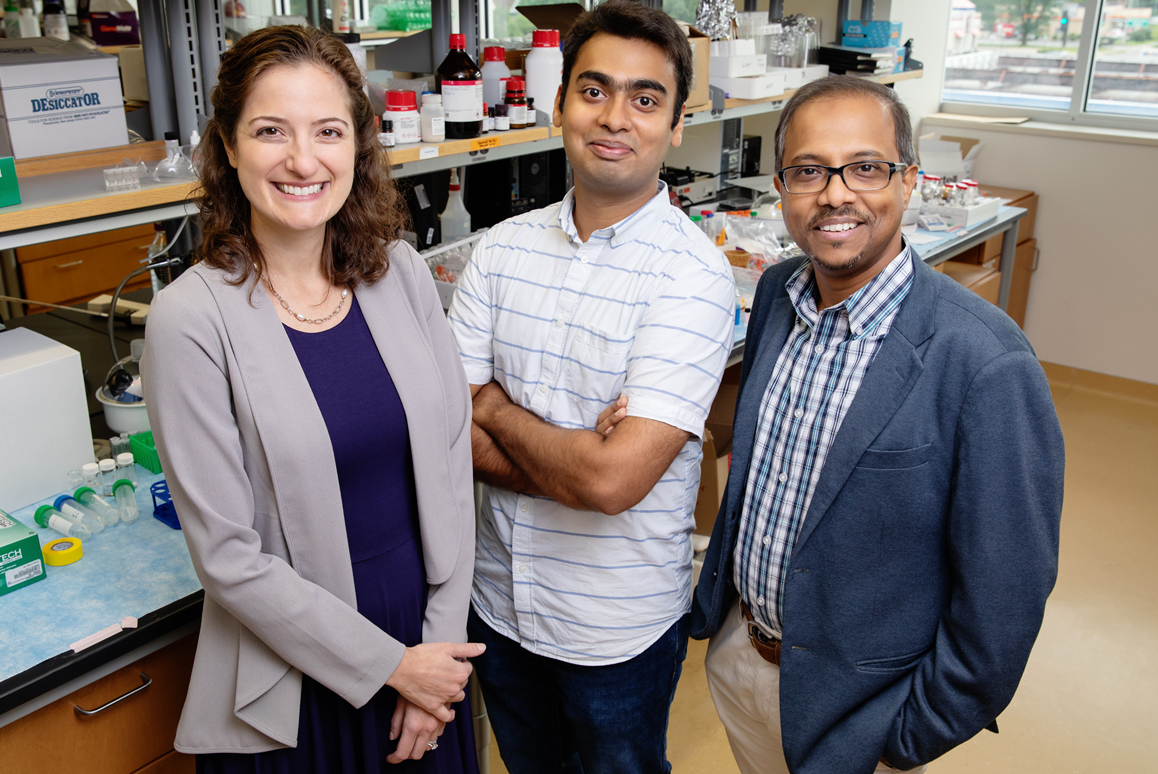 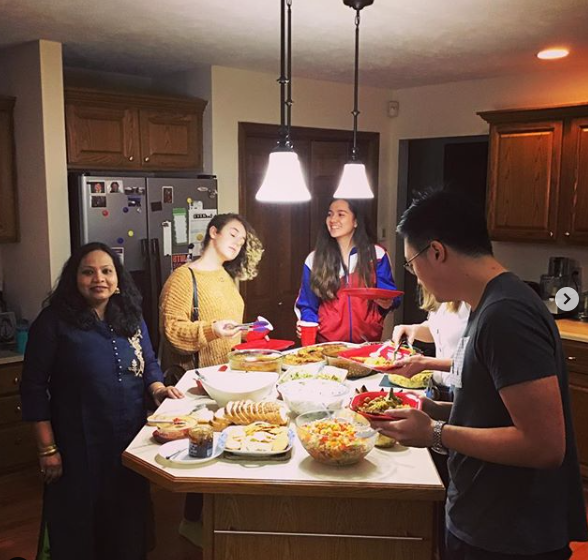 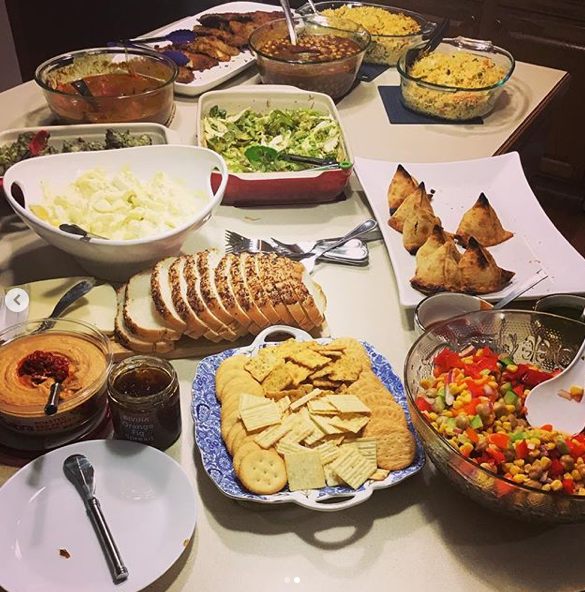 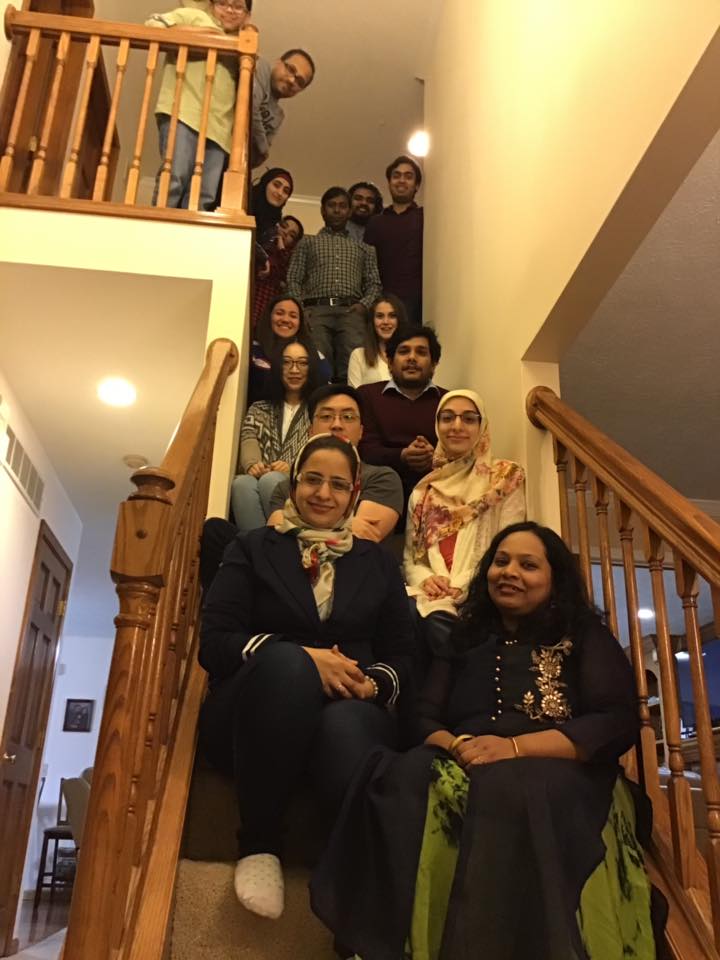 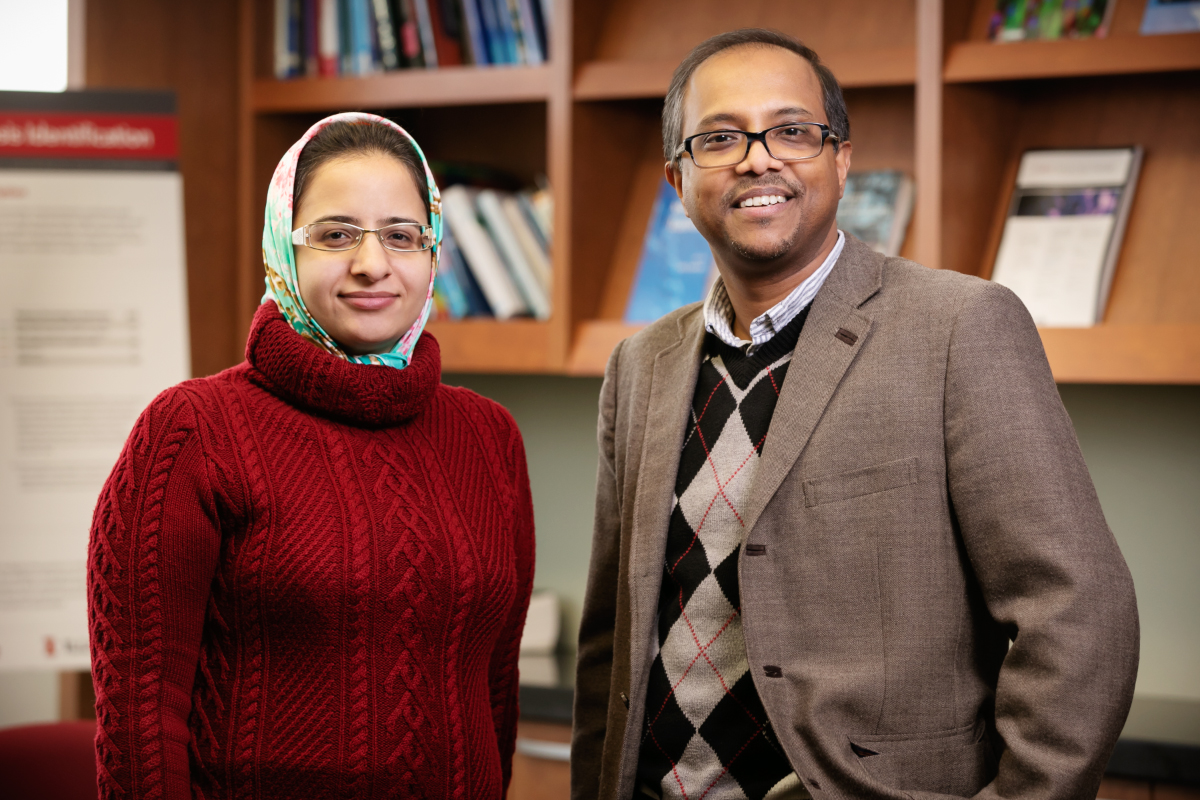 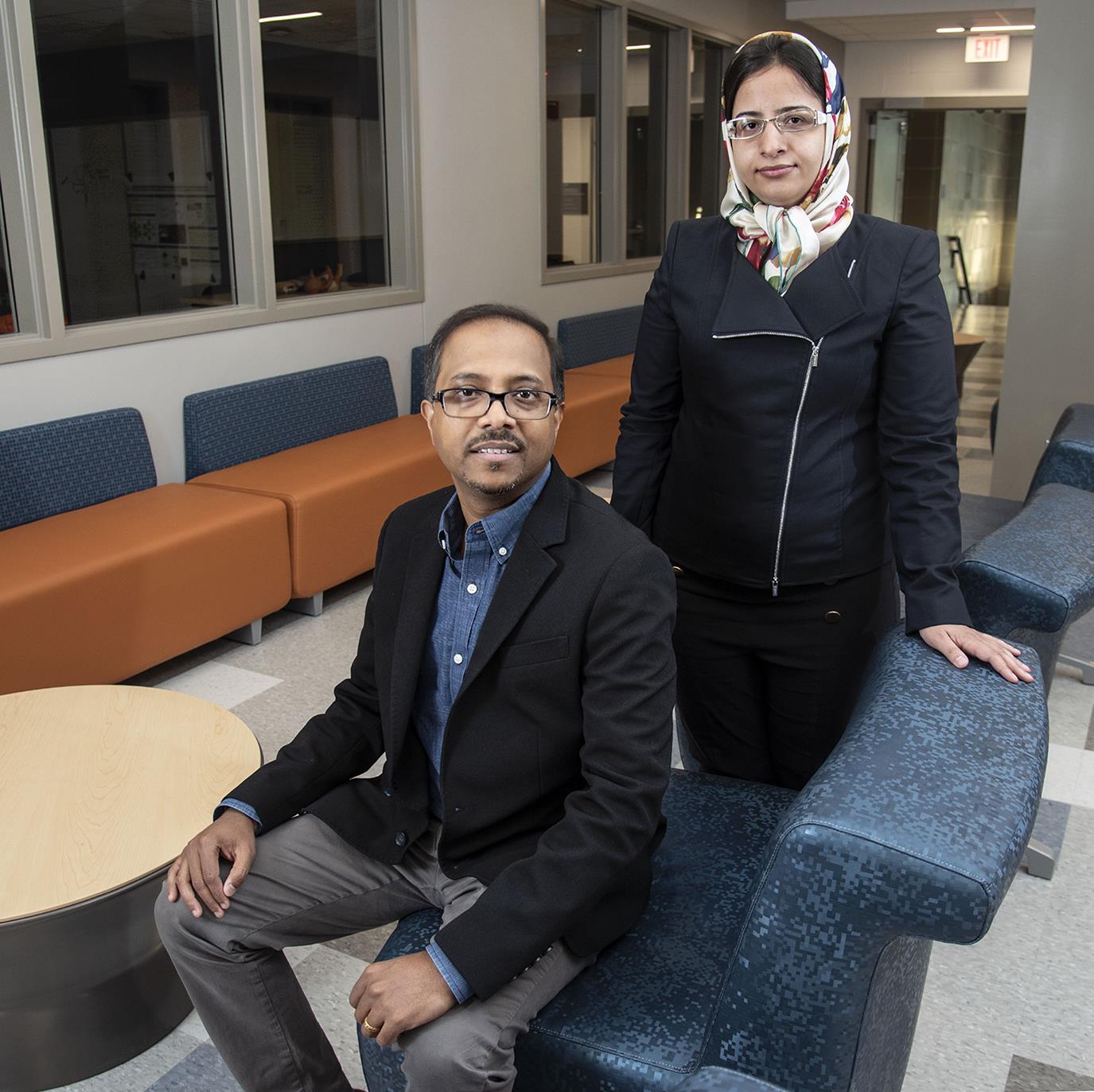 She was also  selected as a winner in the FASEB BioArt competition for 3D-printed heart image she     captured: 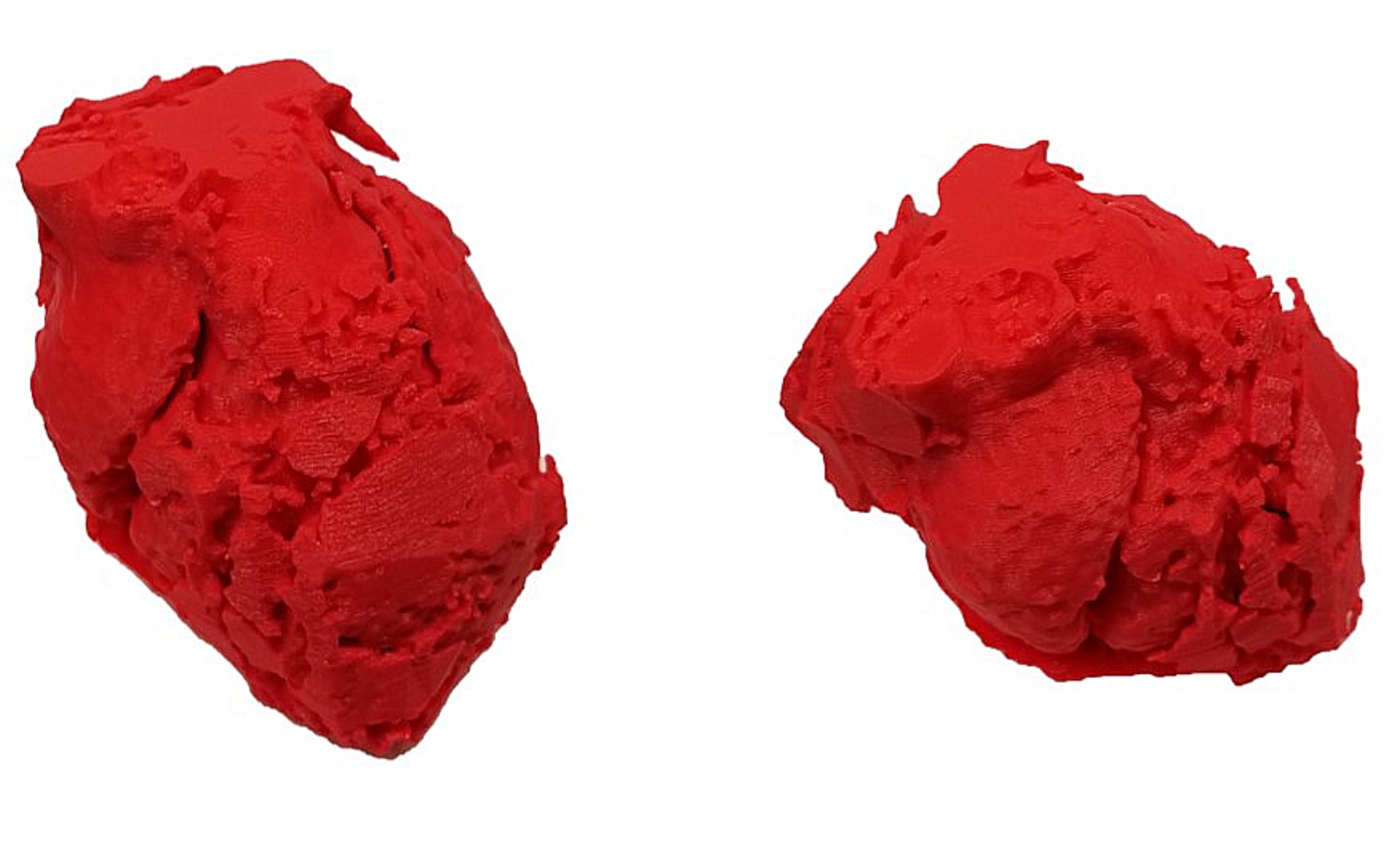 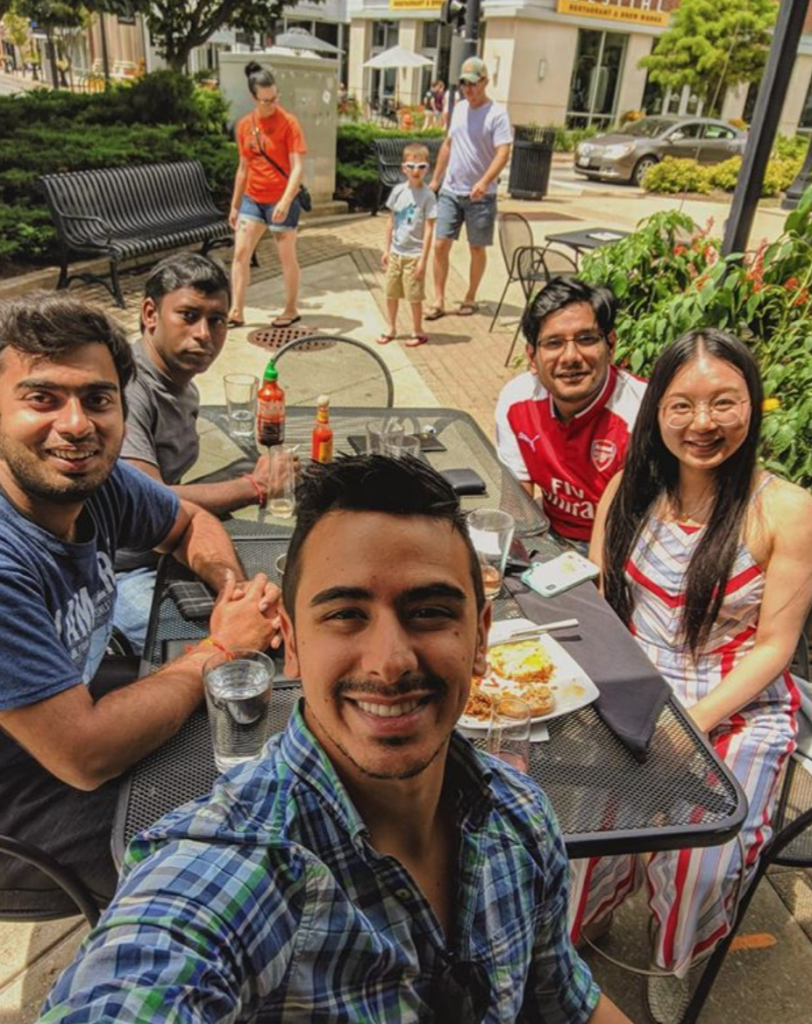 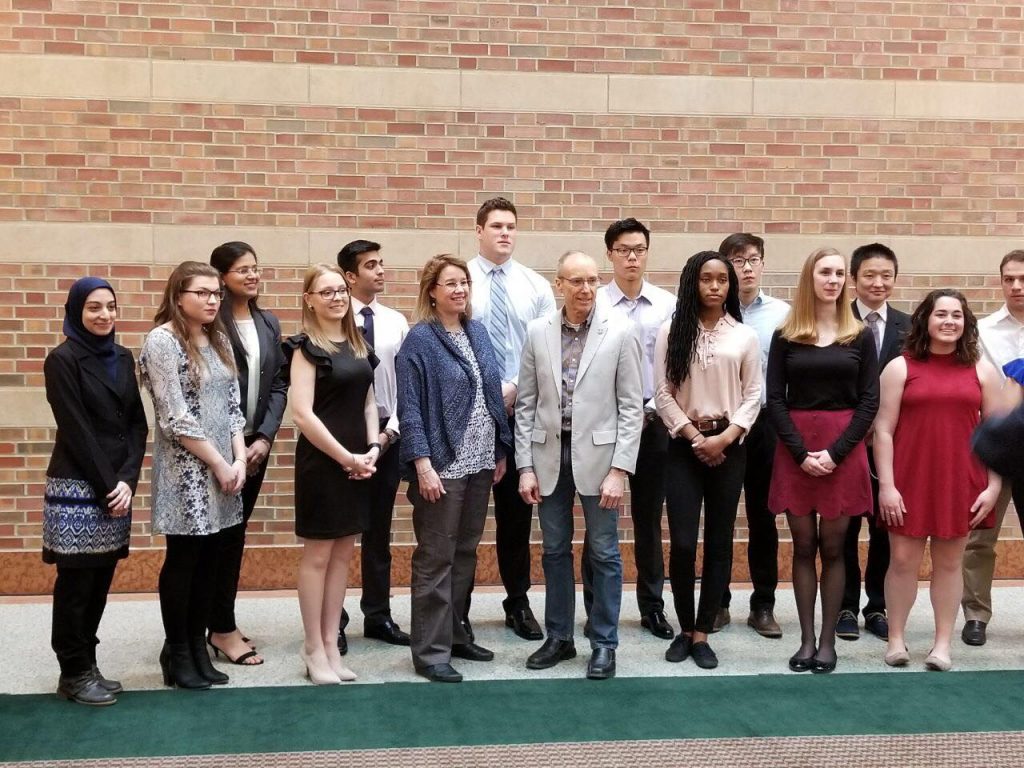 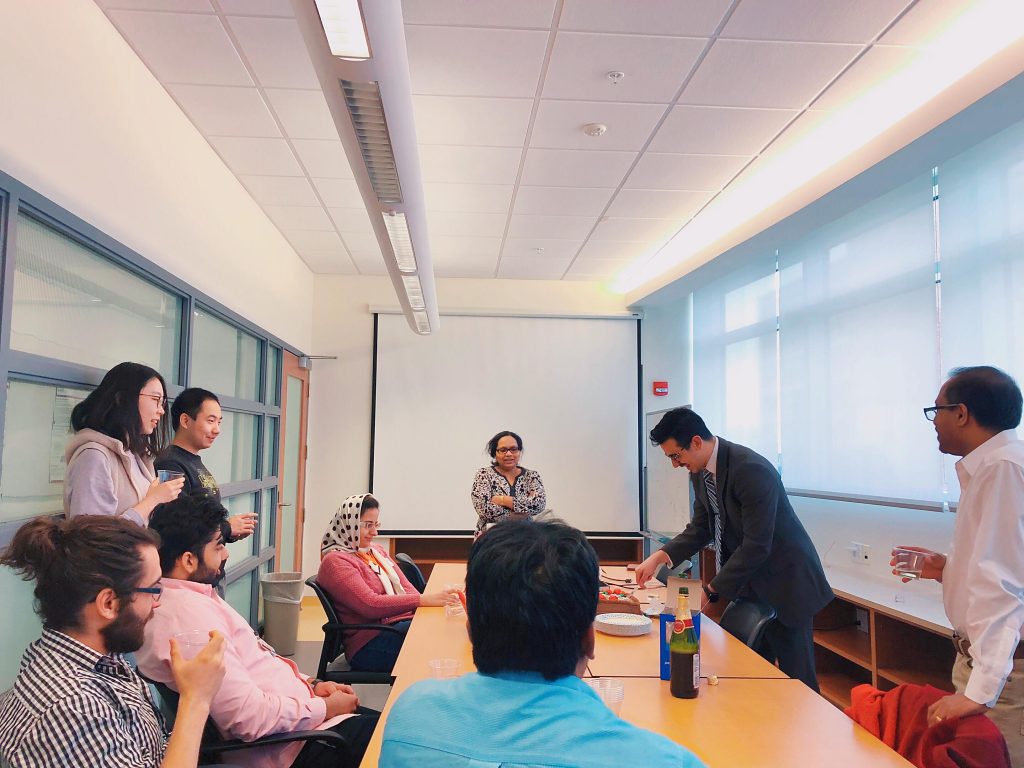 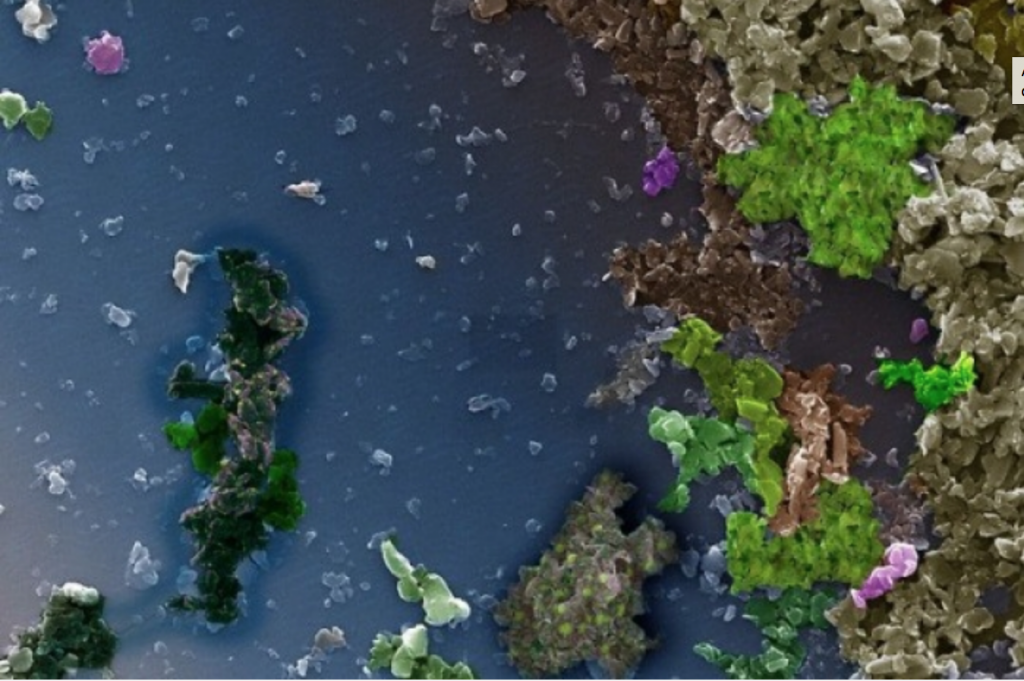 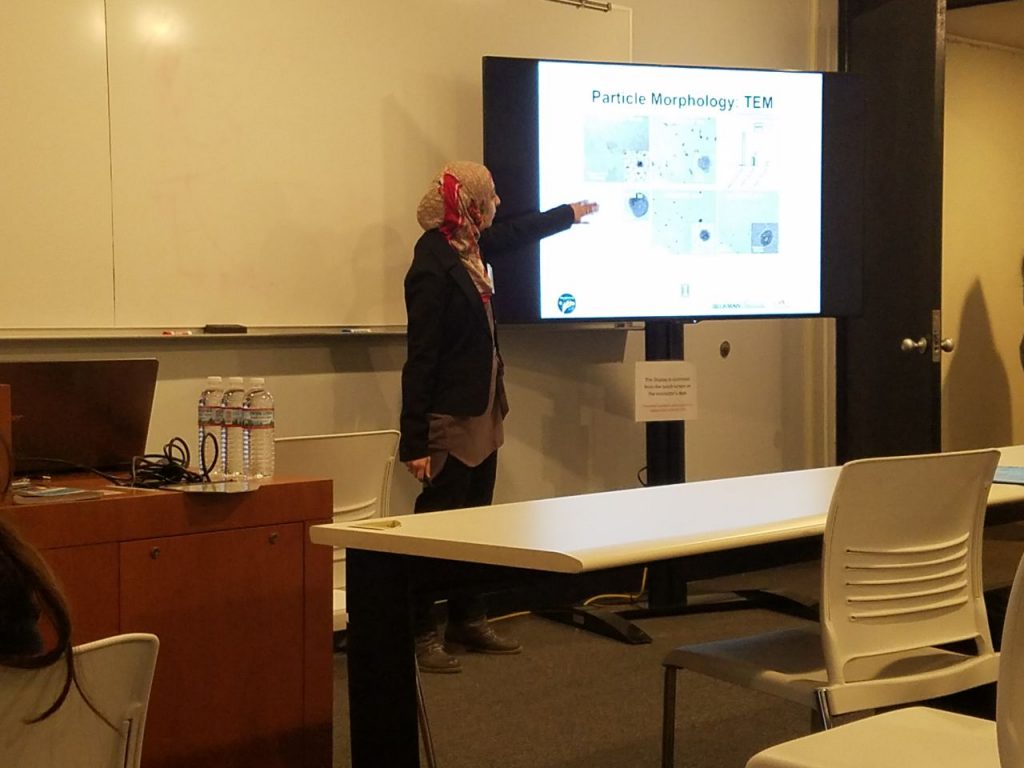 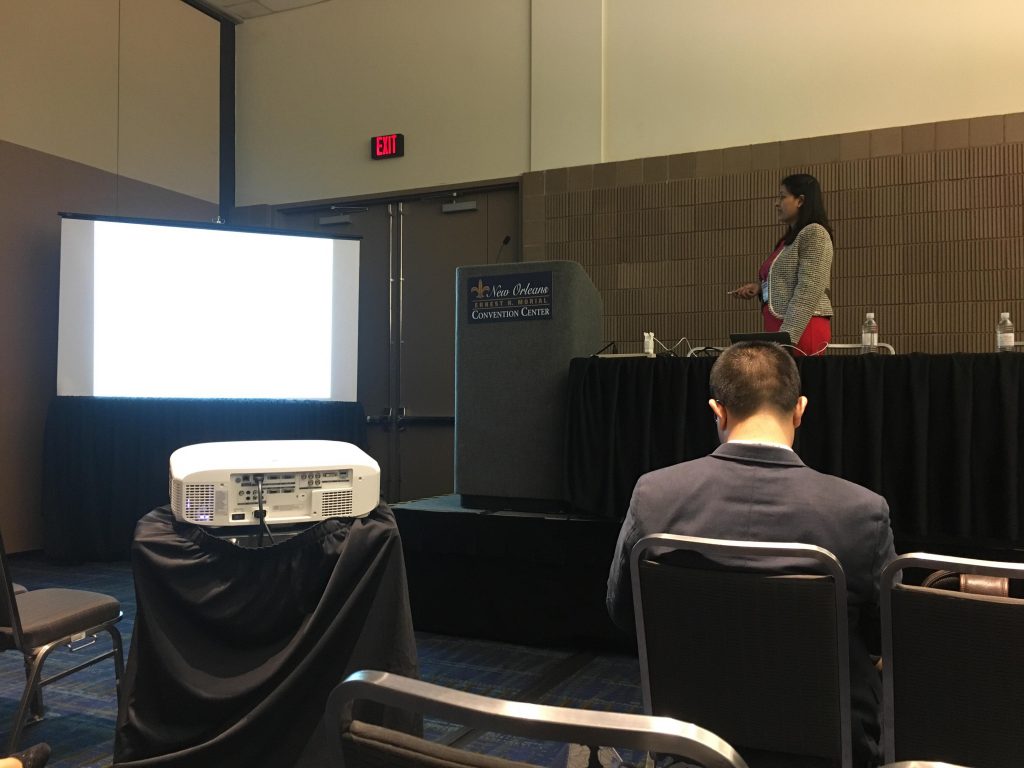 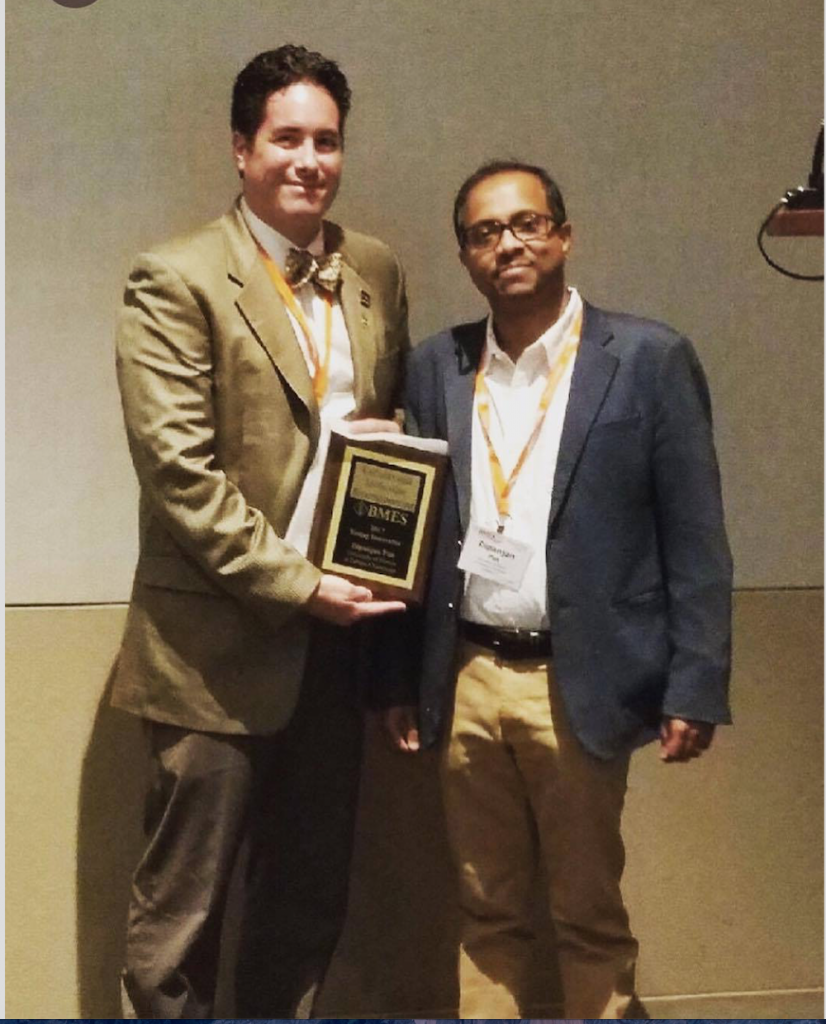 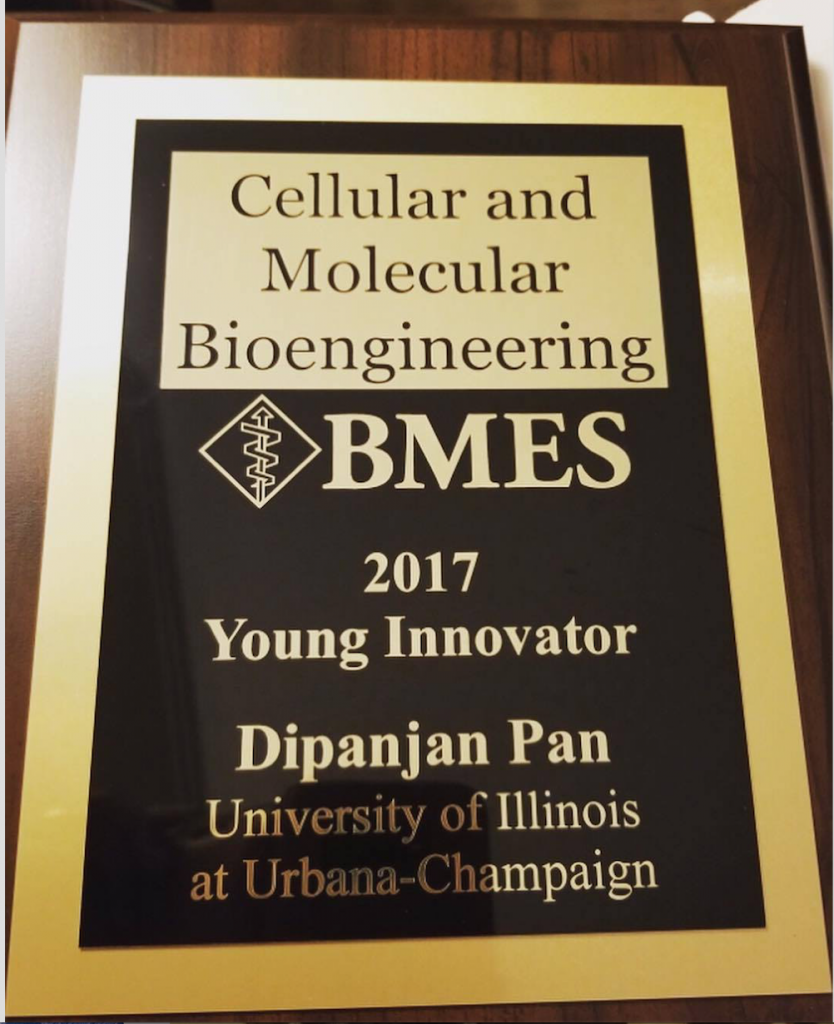 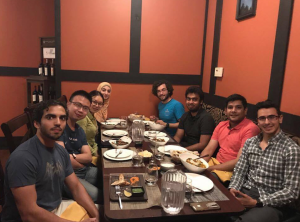 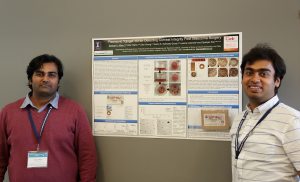 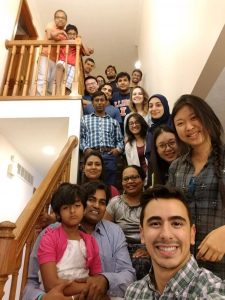 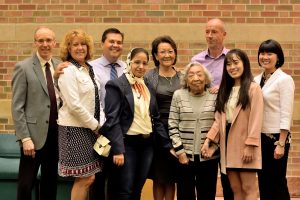 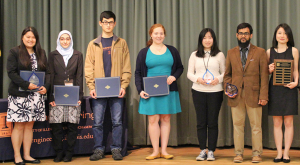 This month has been quite eventful with Professor Pan and Dr. Santosh Misra being featured on the departments website. Professor Pan was also elected to be a fellow of the American Heart Association this month. MATMED Lab presented at multiple conferences this month. The first being the MRL conference. Graduate students Youkabed Ostadhossein and Aaron Schwartz-Duval presented their work to receive first and second place in poster judging. Additionally Dr. Santosh Misra and Dr. Muhammad Khan presented at the MRL conference. 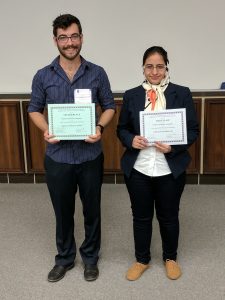 The lab also presented at the Midwest BMES conference with everyone presenting a project. In other news, we would like to congratulate Youkabed Ostadhossein for receiving  the Foundation of Women Wellness Fellowship 2016.

The MatMed team has been evolving into an incredible industry-disruptive leader in academic research with its new team members, recent impactful publications, and vast amounts of awards! First off we would like to welcome our new members to the MatMed Pan Clan; Kevin (Zhen) Wang, Parinaz Fathi, Rushi Patel, and Lucy Zhaolu Huang. Their incredible expertise will jumpstart new areas of research that will continue to make our team an interdisciplinary giant on the University of Illinois Campus. Check out their profiles to get to know them better.

We would like to send a friendly ‘Congratulations’ to our Senior Graduate student, Aaron Schwartz-Duval for being elected president of the Bioengineering Advisory Council (BEACON). This council is dedicated to improving internal dynamics of graduate culture operations. Here in the MatMed Lab, we pride ourselves not only on our vast technical skill sets but also our leadership ability. Congratulations Aaron!

Our team of researchers, students, and postdoctoral scholars, recently attended multiple conferences and won some incredible awards. Our very own Dr. Muhammad Khan, attended the 38th Annual International Conference on the Engineering in Medicine & Biology Society. While attending, he was awarded the prestigious EMBS-NSF award for Young Professionals! Congratulations to Muhammad!

Congratulations to out post-doc, Dr. Muhammad Shuja Khan on being awarded the EMBS-NSF Award for Young Professionals.

Soon after, Dr. Guru Vulugundum, Aaron Schwartz-Duval, Youkabed Ostadhossein, and Indrajit Srivastava attended the American Vacuum Society Prarie Chapter in Chicago, where Youkabed won the 2nd place Prarie Chapter award on her outstanding research! Youkabed has also been selected for the Illinois Female Engineers in Academia Training and as a graduate mentor in the Undergraduate Research Apprenticeship Program. Congratulations Youkabed!

As most bioengineers know, the Biomedical Engineering Society conference happened recently in Minneapolis, Minnesota. Professor Dipanjan Pan, Dr. Santosh Misra, and Aaron Schwartz-Duval had the pleasure of attending and representing our team with their innovative research.

BMES has got some swanky diggs

Furthermore, our senior Postdoctoral Scholar Dr. Santosh Misra has been promoted and duly appointed as the MatMed Lab’s Research Scientist for his outstanding contributions to our lab’s research progress.

Finally, we are pleased to announce that Professor Dipanjan Pan and Dr. Santaosh Misra were mentioned in a press release with News Medical Life Sciences regarding a unique investigation into the cancer switch. This news story can be found here, and the Scientific Reports research paper this press release was based on can be found here.